​Ann Mau, ’76, President
Ann graduated from Penn State magna cum laude and Phi Beta Kappa in 1976 with a Bachelor of Arts degree in Economics and Political Science. She was President of the Economics club. Ann went to Villanova Law School and graduated with a Juris Doctor degree in 1979. Ann is a trial attorney specializing in product liability and motor vehicle litigation. Her Chapter involvement has been co-chairing our Sendoff Picnic, planning events and volunteering at Cradles to Crayons as well as Habitat for Humanity. We hear she has become very good at painting ceilings! As President of our Chapter since 2013, Ann is interested in expanding our social networking and fundraising events. In 2016, Ann was presented with our Chapter’s Volunteer of the Year Award! Our thanks to Ann for her leadership! Ed MacDonald, ’01, Vice President
Ed has been serving as Chapter Treasurer for the last eight years. Ed is a 2001 Information Science graduate and works in IT Project Management at Vanguard. He is a Navy veteran. Ed has been hosting our Football Bus Trips and is a regular at our TV Tailgates when not attending the games.  His daughter Erin received her Penn State degree in Nursing in 2012 and his daughter Mary Kate graduated from the Schreyer Honors College with a degree in Business Administration last year and now works at Vanguard. Ed is our 2015 Volunteer Award recipient. 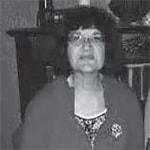 Celeste Alfieri, ‘76, NYC Bus Trip Coordinator
If you have been on one of our New York Bus Trips, then you know Celeste Alfieri. Celeste is one of the founding members of our Chapter. She has been active ever since. In 2006, Celeste was given our Volunteer Award. In addition to running our NY bus trips since their inception, Celeste heads our Sendoff Picnic Decoration Committee. Her input to our Chapter is valuable and essential. She is recently retired as a Guidance Counselor from the Downingtown School District. 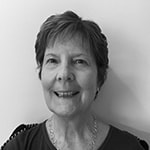 Ruth Balmat, '70, Recording Secretary
Ruth graduated from Penn State with a B.S. in Elementary & Kindergarten Education, and was a member of Alpha Gamma Delta Sorority.  Her husband, Bruce, also an Alum, have 2 children who both graduated from Penn State's Schreyer Honors College.  Ruth and Bruce support the University through 3 Scholarship Endowments.  Fall and Winter find Ruth & Bruce at tailgates, football games and at wrestling meets.  Ruth is in charge of Registration for the Chapter's Freshman Send-Off Picnic. 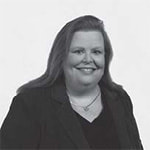 Audra Burbank, ’88, Football Bus Trip Coordinator
Audra Burbank is a 1988 PSU graduate with her Bachelor of Science in Industrial Engineering and a Master’s degree of the same from Purdue. PSU, however, is her true love. She was a sister in the Kappa Phi Club and member of various Engineering organizations. Audra and her husband Steve relocated to Chester County in 2004 from New Jersey where she served for 10 years on the Central New Jersey Chapter as Treasurer and general board member. She first joined Chester County Chapter Board in 2004 and served until 2010 primarily organizing TV tailgate parties and other social events. She has now returned to the board in 2017 and coordinates registration and communications for the Football Bus Trips. Audra spends her work time at DLL Financial Services as a director of the IT Project Management Office. 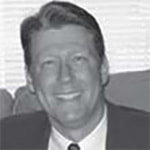 Joe Henry, ’15, Webmaster
Joe is a 2015 graduate of the Penn State Great Valley School of Graduate Professional Studies with a Software Engineering degree. He is currently a senior software engineer at Main Line Health in Berwyn. Joe resides in West Bradford with his wife and two teenage daughters. Joe serves as our chief technologist including the website and our Tassl site. He is a regular on our football bus trips and local tailgates with his neighbors. Kyle Peoples, ’06, Social Chair
Kyle Peoples is a 2006 PSU grad with a degree in History and a minor in Political Science. He is our Chairperson of the Sendoff Picnic and other Chapter Social Events. We thank him so much for stepping up and taking on this most important job. When Kyle contacts you to help, please say YES! Kyle and his wife Sopheara have a beautiful son named Lincoln. In his spare time, Kyle enjoys traveling to exotic places, meeting interesting people and trying new foods. Kyle works in Regulatory Affairs for Janssen Research & Development–a division of Johnson & Johnson.

Tracy Riegel, ’85, Treasurer
Tracy Riegel, ’85 H&HD, is the Chapter’s Communication Chair. Tracy handles the publication of the newsletter, maintains the Chapter database and written correspondence. Tracy’s husband Rick, their parents and their 3 daughters are Penn Stater’s. Tracy has volunteered as a Parent Speaker at our Sendoff Picnic. In 2011, Tracy was named the inaugural Chair of the Penn State Parents Council. She was also selected as the inaugural Chair of the Schreyer Honors College Parent Council. Tracy is also a member of the Schreyer Honors College External Advisory Board which supports the mission of the College. In June 2016, Tracy was elected to serve on the Penn State Alumni Association Alumni Council. We are thrilled to have Tracy on our Board!

Heather Wolfe, ’14, Social Media and Email Communications Chair
Heather Wolfe, ’14, graduated from Penn State with her Bachelor of Science in Athletic Training.  During her time at Penn State she served as Treasurer of the Student Athletic Training Club and Vice-President/Events Chair of the 2014 Senior Class Gift Committee. Heather was also involved in THON and the Women’s Leadership Initiative. She began helping with social media for the Chapter when she moved back to Chester County after earning her Master of Science in Athletic Training from the University of Kentucky in 2016. She is currently employed as an Assistant Athletic Trainer at Lincoln University in Oxford, PA. In June 2017, Heather was elected to serve on the Penn State Alumni Association Alumni Council. Thank you Heather!